Feel history come to life as you and your family traverse the streets and visit the iconic sites of the city of Boston. 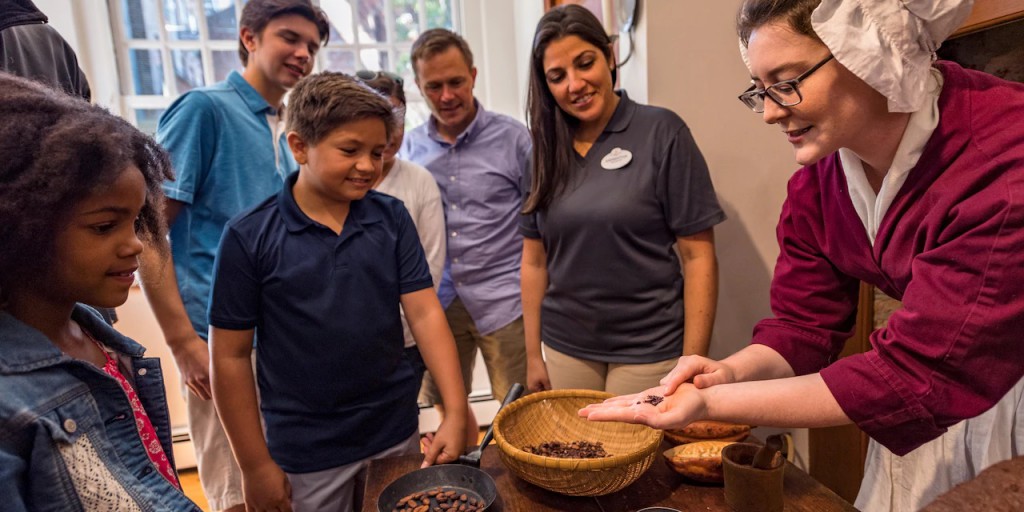 Welcome to Boston! When you arrive, you'll be met by an Adventures by Disney representative who will escort you to your transfer vehicle. Relax as the driver assists with your luggage and takes you to The Westin Copley Place, close to downtown Boston and Copley Square. Enjoy the many comforts and amenities of this well-appointed hotel, where you’ll spend the next 3 nights enjoying many signature touches.

Meet and get to know your fellow Adventurers at the hotel over a private breakfast before heading out to explore the city of “Bahston!”

Go to “where everyone knows your name.” This Boston landmark will be granting private access to Adventures by Disney groups before opening hours to the public. Hear behind-the-scenes stories of what made this must-see destination the inspiration for one of the most popular television shows in history. You’ll also have the chance to take some fun photos on a replica of the set, as well as shop for some souvenirs.

Embark on a walk through history along the famed red line as you visit historically significant sites and their rich history that shaped the American Revolution. Leading the way will be costumed guides who will regale you with stories of the brave men and women who forged our nation.

Lunch on Your Own in Faneuil Hall Marketplace

Shop, dine and experience the “Hub of the Hub” as you explore this amazing urban marketplace that contains an array of shops, restaurants and outdoor entertainment. Originally founded in 1742 as a central marketplace for crops and livestock, Faneuil Hall Marketplace is now made up of four buildings and is a bustling destination in the heart of downtown Boston.

Afternoon On Your Own in Boston

Enjoy an afternoon exploring the capital city of Massachusetts. Founded in 1630, it is one of the oldest cities in the U.S. Walk past historic Revolutionary War locations, explore the city’s renowned museums, or head to Public Garden and take a ride on the famous Swan Boats.

Head to the North End to kick off a culinary tasting trek through the heart of Boston’s Little Italy—the city’s oldest residential community since its settlement in the 1630s. Home to landmarks like the Old North Church and Paul Revere’s house, this predominantly Italian neighborhood is the epi-center of the Boston pizza renaissance, challenging Chicago and New York for the most wicked good pizza.

Dine in an atmosphere of ospitalita, the Italian tradition of hospitality, with food that comforts and welcomes its guests. This North End restaurant offers a prime location on Hanover Street and gracious service for a truly wonderful meal.

Learn to make this iconic Italian dessert made of tube-shaped shells of fried pastry dough filled with a sweet ricotta cream. Delizioso! 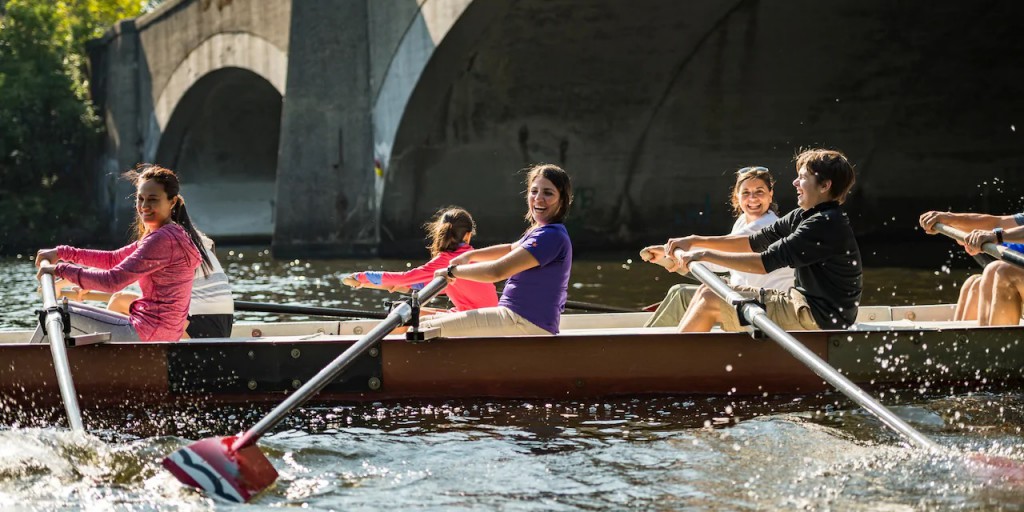 Enjoy a hearty breakfast on your own to fuel you up for an exciting day.

Private Bike Ride Along the Charles River and The Esplanade

Pedal your way through some of Boston’s most scenic areas on a leisurely private bike tour along the Charles River. You’ll ride through the North End, Back Bay and Lower Allston areas, passing by Boston University and more before your final destination of Community Rowing.

Discover the fun and benefits of rowing as you step into your boat, grab an oar and head out onto the Charles River for a private, leisurely ride. Highly trained instructors will make everyone feel like they’re part of the crew while ensuring that everyone has a great time.

Bask in the ivy-covered walls, hallowed halls and historic grounds of Harvard University. Established in 1636, the school is the oldest and one of the most revered institutions of higher learning in the United States. Your private tour of “Hahvahd” will be led by a current student, who will show you the school’s landmarks and share the history of this illustrious institution with you.

Dinner On Your Own in Harvard Square

Explore this bustling neighborhood in the heart of Cambridge. A vibrant commercial area, it is also home to a bevy of restaurants, cafés, shops and entertainment. History buffs will revel in the area’s significant role in America’s past, including it being the location where George Washington took command of the Continental Army. Ask your Adventure Guides for restaurant recommendations, or have fun discovering a new favorite place on your own. 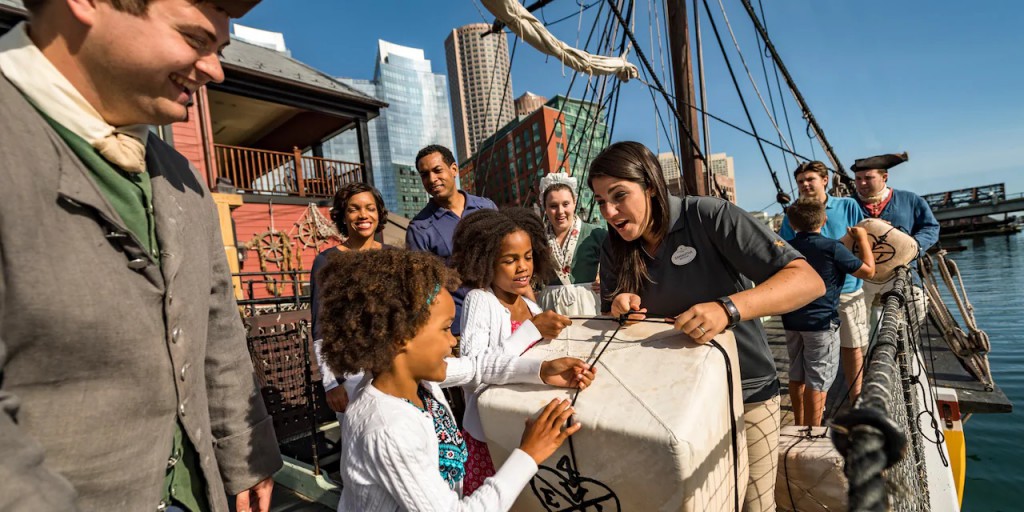 Ferry out to this private island in Boston Harbor about a mile offshore from downtown Boston. Established in 1833 as a non-profit providing educational opportunities to young kids, and now operating as an Outward Bound nature and leadership training site for students from the public schools, the island features 204 acres of hiking trails, salt marshes and beautiful beaches, all yours to explore. You can also take a guided walk, or play a variety of lawn games, including volleyball, corn hole and bocce ball. Or, pull up an Adirondack chair and soak up the natural beauty of your surroundings with a magnificent view of Boston Harbor. You may also choose one of these included activities with a local expert:

Take part in the spectacular culinary tradition of a New England clambake! Dig into a mouth-watering menu of homemade New England clam chowder, fresh steamers with broth and drawn butter, massive Maine lobsters, corn on the cob, red skin potato salad and so much more!

Late Afternoon On Your Own in Boston

Take in the sites of this “wicked awesome” city that is steeped in American history. With iconic destinations at almost every turn, you’ll enjoy walking in the footsteps of founding fathers, revolutionary soldiers and those who built our nation. Boston is also home to wonderful museums, beautiful parks and a thriving art scene.

Immerse yourself in American history at this living museum where you become part of the revolution! Board a full-scale restored 18th-century sailing vessel docked in the same waters where the Boston Tea Party took place in 1773. You’ll experience fascinating interactive exhibits and meet the men and women responsible for the historic act of defiance. Then, to top it all off, you’ll get to shout a resounding “Huzzah!” as you hoist some British tea overboard into Boston Harbor.

Bid Boston, along with your fellow Adventurers, a fond farewell at a delightful dinner in your honor, complete with a delicious menu and a cast of characters from Boston’s past. 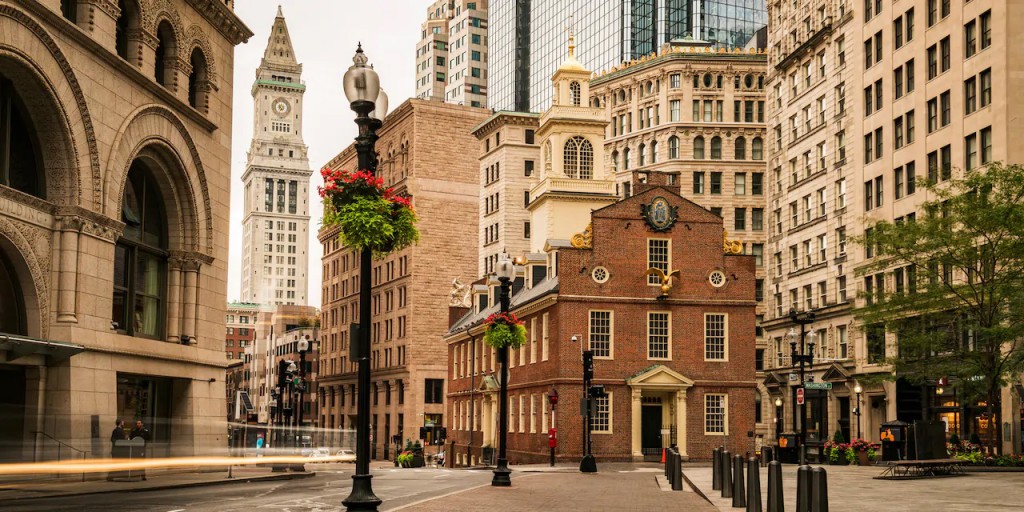 Enjoy a final breakfast in Beantown before heading to the airport.

If you make your 2020 Adventures by Disney reservation with Dreams Unlimited Travel, you'll get up to a $1,300 Early Booking Discount! *Limited Time Offer*