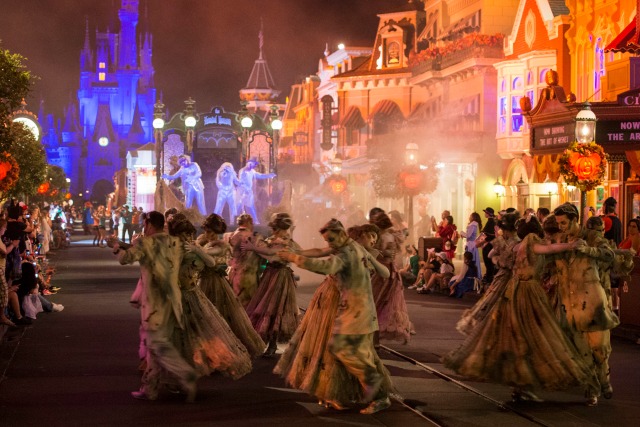 Have you and your family ever visited a pet store? Sometimes its fun to browse, but the real fun happens when you're actually picking out a new friend to take home. Window shopping isn't nearly as fun, and you'll never make the same memories.

The same can be said about Mickey's Not-So-Scary Halloween Party and Mickey's Very Merry Christmas Party. Imagine yourself walking down Main Street, U.S.A., when the park is flooded with holiday decorations, and park guests are in festive wear and festive moods. There is no feeling quite like it anywhere.

To attend either Mickey's Not-So-Scary Halloween Party or Mickey's Very Merry Christmas Party, you must pay an additional fee (whether you are using a park ticket that day or not), so why should you pay to attend either party? 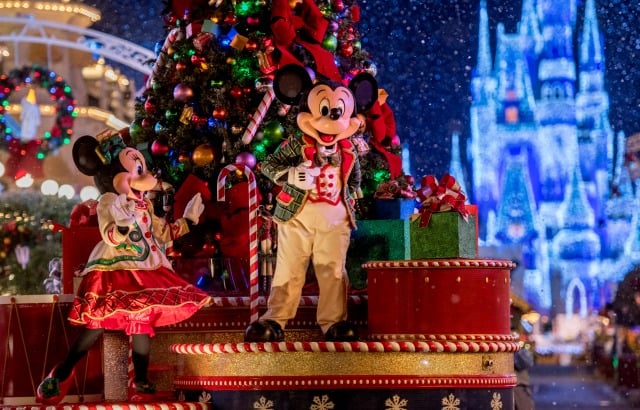 First, let's start with the parades. Both of the parties have exclusive parades that you can only see during the parties. Special songs, costumes, and floats - Disney has spared no expense with either parade and both are worth the waits. Every Christmas morning, I would wake up to watch the Walt Disney World Christmas Parade. It was breathtaking to see the same parade in person, and to spend it with my family is something I will never forget. 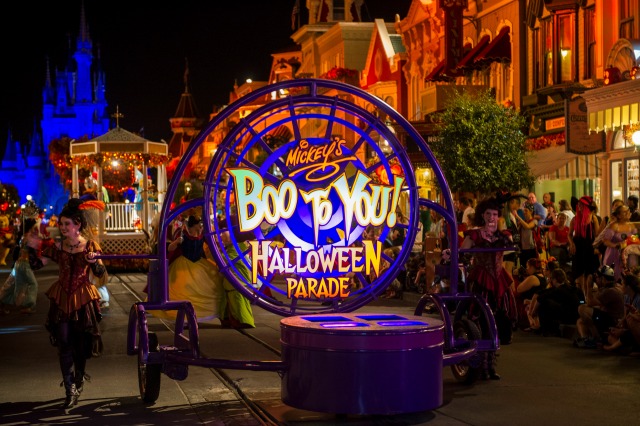 In addition, Mickey’s Boo To You Parade has a special appearance by the Headless Horseman….literally…THE Headless Horseman! It's amazing to see in person, and leaves both children and adults alike wondering about the Disney magic!

Next, The Fireworks. The Halloween party (Hallowishes) fireworks are my favorite! You don’t get to see these fireworks any other time. A special spooky soundtrack accompanies the fireworks, and you'll be singing the songs all night long, well after the show is over.

Take a look at the Holiday Wishes fireworks spectacular that only shows during the Christmas Party!

Characters Dressed Up In Holiday Costumes!

This is also your chance to see and take photos with characters in festive costumes and to see rare characters. It doesn’t get any cuter than the characters in costume at both of these parties. My family has been fortunate enough that we've visited Disney a number of times, and we might be able to sneak by the Mickey line. However, when Goofy is decked out in a holiday sweater or Scrooge McDuck is hanging with Donald, you alter your plans to stop and say hello. The characters are dressed in Halloween costumes during the Halloween party and festive holiday gear during the Christmas party. If you're looking for the perfect family Christmas card photo, I can't think of anything better! 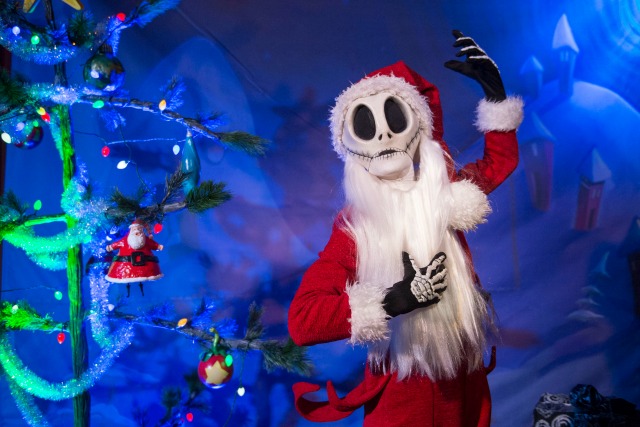 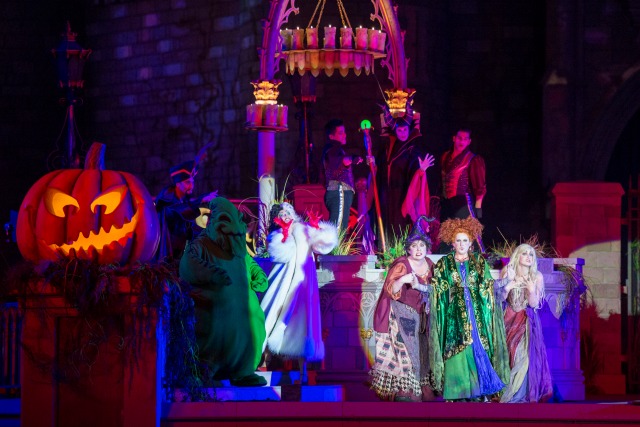 The Hocus Pocus Villian Spectacular Stage Show is also a site to see. The popular Sanderson sisters host an entertaining show, full of dancing, jokes, music, and more. Again - only available during the special party!

Another highly sought after perk - short lines for attractions! Most of the rides in the Magic Kingdom are open and the best part is that they have shorter waits. That means you'll have the opportunity to ride your favorite ride again and again; an extremely rare opportunity for most visits to Walt Disney World.

How can we forget, there are also special snacks!

The Christmas party has several stations throughout the park serving a variety of yummy cookies and drinks that are Christmas themed; hot cocoa, apple cider, gingerbread cookies, and more! 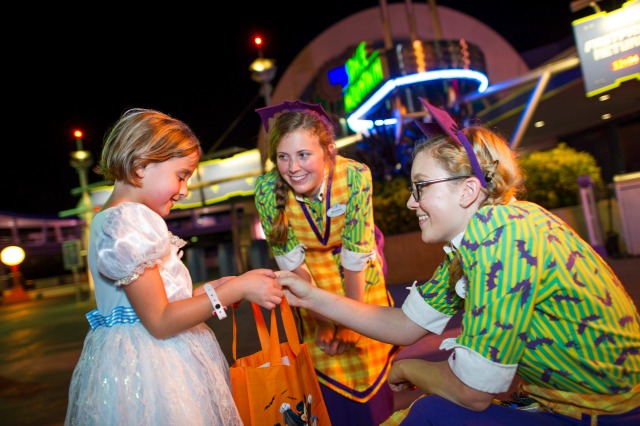 The Halloween party has special Trick or Treat stations throughout the park that will fill your bag with treats. Sometimes, there are long lines for the candy stations, but there are always a few off the beaten trail that you can find a short wait.

Lastly, it's all about the experience. This is a lifetime memory that you will never forget. You'll have additional opportunities to live and feel the Disney magic, in a fun and festive atmosphere that only Disney can create. The mood of the crowd for the parties is completely different than what you'll find during the day. Another perk is the temperature, as the parties are all held at night. 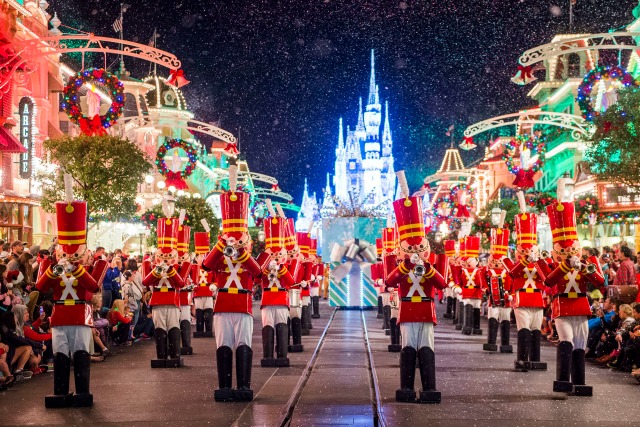 And to cap it all off, there is nothing like the snow on Main Street during Mickey's Very Merry Christmas Party. It is the most magical experience I have ever had in a Disney park.

Here are a few other tips I've found in my experience with the Holiday Parties at Walt Disney World:

· Don’t waste time with scheduling a table service meal during the party. To maximize the experience, eat before or utilize a quick service meal, so you can take advantage of the open rides, or watch one of the shows.

· You can start getting into the party at 4:00 p.m. with just a party ticket. I like to sleep in that day, hang out by the pool so that you are well rested for a full night at the party. This also means you would need one less park ticket, or save the park ticket for another day.

· There are usually two parades, and going to the later one will be less crowded (if your children can stay awake!).

· Also, wear a costume and get in on the fun! One of my favorite memories of my family is my son and daughter wearing a Donald Duck and Daisy Duck costume, and my son quacked at every person he could. We also got a photo we'll treasure forever, with our costumed children and Donald and Daisy in their pumpkin costumes at Magic Kingdom during Mickey's Not-So-Scary Halloween Party. 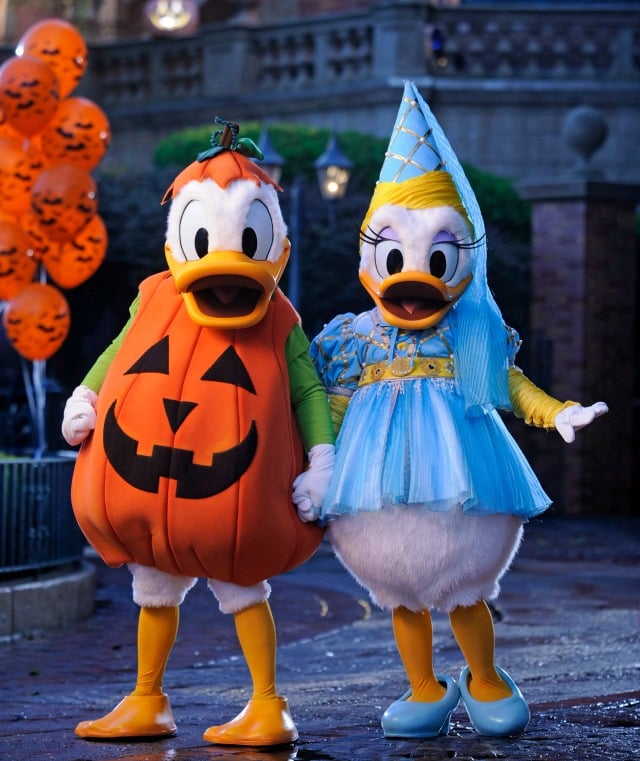 Overall, I definitely recommend getting in on the fun and attending one of these parties. This is an experience you can get nowhere else; shorter attraction waits, exclusive fireworks and stage shows, rare and costumed characters, food, and more. By purchasing tickets to Mickey's Not-So-Scary Halloween Party or Mickey's Very Merry Christmas Party, you'll create even more memories that will last you a lifetime.

or get a no-obligation quote by clicking below.
Get a No-Obligation Quote